The majority (77%) of buyers say that the potential energy consumption of their next home has become more important to them, a clear sign that the rising cost of living is at the forefront of buyers’ concerns, according to the property company Savills. .

Savills’ survey of 1,000 buyers and sellers found that for the majority (62%) recent interest rate hikes and the rising cost of living had yet to affect their budget for their next house.

However, buyers are now looking to cut costs in other ways by placing more emphasis on the potential running costs of their next home.

The squeeze is most felt at the lower end of the housing market, where a reduction in discretionary spending is much more difficult.

Among those looking to buy a property under £500,000, the vast majority (82%) of respondents said energy consumption was now a more important consideration.

Frances McDonald, research analyst at Savills said: “With energy bills and inflation dominating the headlines, it’s no surprise that potential buyers are starting to think about more than the price of their next property. Our previous survey of buyers and of Sellers in April also pointed out that a property’s EPC rating played an important role in decision-making for more than two-thirds of respondents.

“And, six in ten buyers (59 percent) would be willing to pay more for a home if 75 percent of its energy came from renewable sources.” 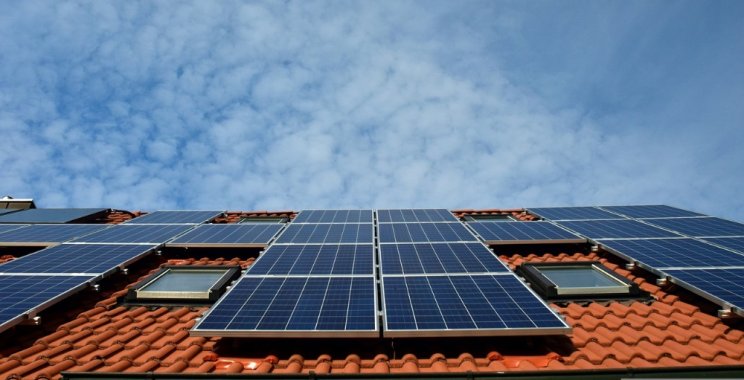 But when asked what energy-efficiency upgrades have been considered over the past year, it’s clear that barriers remain to implementing some of the most effective solutions. While a quarter of people had investigated the installation of solar panels, only 5% had actually undertaken the work.

Similarly, about a fifth had studied air source heat pumps and geothermal heat pumps, but only 4 and 2% respectively had undertaken the work.

“Buyers are starting to think a lot more about energy efficiency improvements, but the simple solutions, such as energy-efficient lighting or replacement boilers, are the most likely to have been investigated or implemented. because the cost is more manageable, the return on investment is more immediate.And, although studied by a higher proportion, few have so far made the most difficult and expensive improvements, including pumps air or geothermal heat and solar panels.

“Even with the Energy Price Guarantee coming into effect, household bills are rising and the payback time for improvements is rapidly shrinking. But, as more and more emphasis is placed on the energy performance of our homes, it will not only be on a long-term saving on running costs, but also on the sustainability of its value,” added Ms. McDonald.

[ad_1] MOBILE, Alabama (WKRG) – A Citronella man has been sentenced to 48 months in prison and three years on probation for being a felon in possession of multiple guns. Xavier Davell Shepard, 45, was convicted of four felonies before his last offense, including a 2013 conviction in United States District Court for the Southern […]

[ad_1] It’s official: Providers around the world will soon be subject to the Home Health Value-Based Purchasing Model (HHVBP). The expanded initiative’s first year of performance – recognized as one of the most successful alternative payment models ever – will be calendar year 2023. The US Centers for Medicare & Medicaid Services (CMS) on Tuesday […]

Gartner: Carbon Emissions Will Be Considered When Purchasing Cloud by 2025

By 2025, the carbon emissions of large-scale cloud services will be one of the top three criteria when buying cloud, according to research firm Gartner. While environmental, social and governance (ESG) priorities and reporting receive considerable attention, more than 90% of organizations have increased their investments in sustainability programs since the start of the pandemic […]