According to a new report from Redfin, the median home selling price rose 14% year-on-year to $ 376,800 in September 2021, the lowest growth rate since December 2020. September marked the 14th month. consecutive month of double-digit price increases. . Both closed home sales and new listings of homes for sale declined from a year earlier, by 5% and 9%, respectively.

“The severe lack of inventory is restricting home sales,” said Daryl Fairweather, chief economist at Redfin. â€œEven though many people bought homes last year, many homebuyers waited while the pandemic got worse and remote work policies were finalized. Homebuyers who are just getting started their research finds that the well has dried up. But I’m hoping that as it becomes easier to get building materials, we will finally have a solid year for new construction in 2022. That is what the market needs the most.

In his testimony today before the House Small Business Subcommittee on Oversight, Investigation and Regulation, National Association of Home Builders (NAHB) President Chuck Fowke detailed the struggle of small builders of houses as a result of the country’s bottleneck in the building materials supply chain.

The scarcity of building materials, which are marked at record levels in some cases, contributes to the lack of supply. Lumber prices hit a record high of over $ 1,500 per thousand board feet in mid-May, according to Random Lengths. The previous record before prices began to climb at the start of the pandemic in April 2020 was just below $ 600 per thousand board feet.

In terms of the nation’s housing supply, Austin, Texas saw the largest increase in the number of homes for sale, up 3.3% year-over-year, followed by Tacoma, Wash. (2, 6%) and Columbus, Ohio (0.3%). 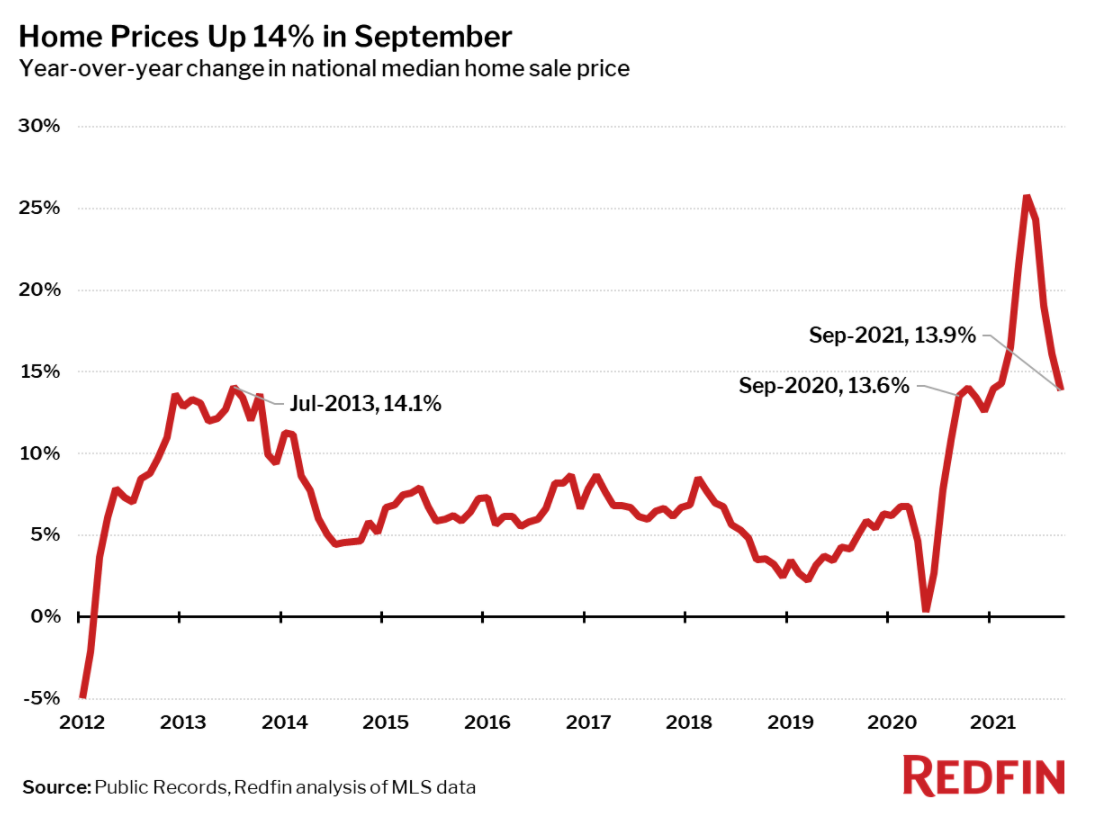 Median selling prices rose in September year-over-year in all but one of the 85 largest metropolitan areas: Bridgeport, Connecticut, where prices fell 2.2%. A year ago, prices were up 32% in Bridgeport, as the area saw a sudden surge of interest from buyers looking to leave New York. The current drop in prices is probably a cooling from an extremely overheated state. The largest price increases in September 2021 were seen in North Port, Florida (+ 30%), Salt Lake City, Utah (+ 28%) and Austin, Texas (+ 27%).

The Indianapolis, Indiana market saw homes selling at the fastest rate, with half of all homes on hold in just five days, up from seven days a year earlier. Denver, Colorado was the second fastest market, with a median six days on the market, followed by Grand Rapids, Michigan; Seattle, Washington; and Tacoma, Washington, all with seven days in the market.

The market with the strongest competition for a limited supply in September was Oakland, Calif., Where 77.6% of homes sold above list price, followed by 75.5% at San Jose, California; 71.4% in San Francisco, California; 69.5% in Rochester, New York; and 67.3% in Buffalo, New York.

In terms of sales growth, Redfin found New York to lead the country year-over-year, up 25.9%, followed by Honolulu, Hawaii, up 23.6%. San Jose, Calif., Completed the top three with sales up 14.7% from just a year ago.

On the other end of the spectrum, New Orleans, Louisiana saw the biggest drop in sales since last year, dropping 41.7%, while sales in Bridgeport, Connecticut and Salt Lake City, Utah fell 23.5% and 23.3%, respectively. 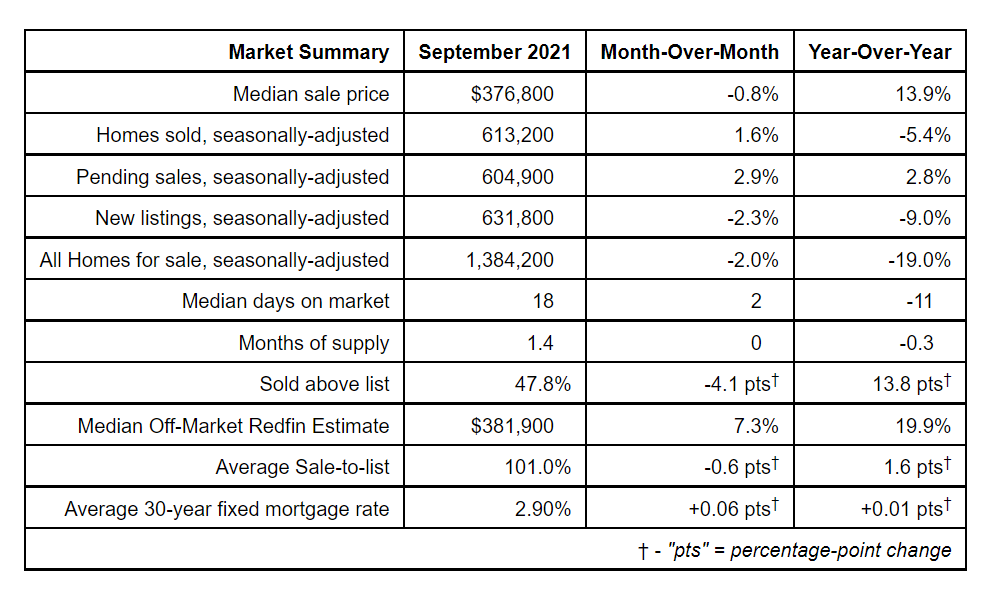 Homebuyers have yet to falter in the face of relentlessly rising home prices, leading economists at Fannie Mae to “significantly improve” their forecast for existing home sales in the last half of the year. the year. While housing demand remains strong, there are no signs of relief on the supply side, and listing shortages are […]

Another bond deadline looms for Evergrande, other developers as home sales collapse, News and business and market news